BOSS and Sola Sound have come together to introduce the TB-2W Tone Bender, an authentic sonic recreation of the iconic Tone Bender MK II fuzz pedal used by some of the greatest guitarists of all time. Heard on legions of classic tracks from the 1960s through today, the Tone Bender’s bold, rich voice and smooth sustain are forever embedded in the annals of rock and pop music history. 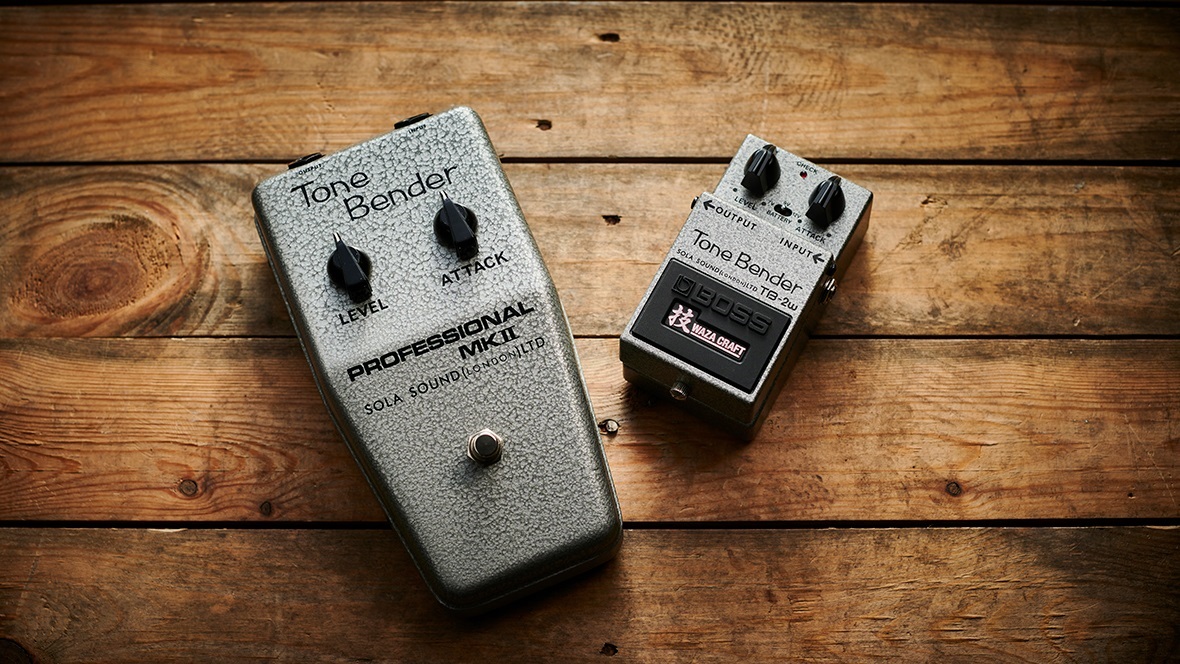 The TB-2W Tone Bender Story
Among the iconic fuzz pedals in music history, the Tone Bender is one of the most revered and unique. Embraced by many of the world’s greatest guitarists, the sound of this pedal is woven into the fabric of some of the most influential music created over the last five-plus decades. Under the Sola Sound brand, Macari’s Musical Instruments in London produced numerous variations starting in the mid-1960s, and many consider the “MK II” version to be the ultimate Tone Bender voice. When BOSS and Sola Sound first discussed collaborating on a Tone Bender MK II pedal in 2017, we realized there would be many technical challenges in achieving our goal. 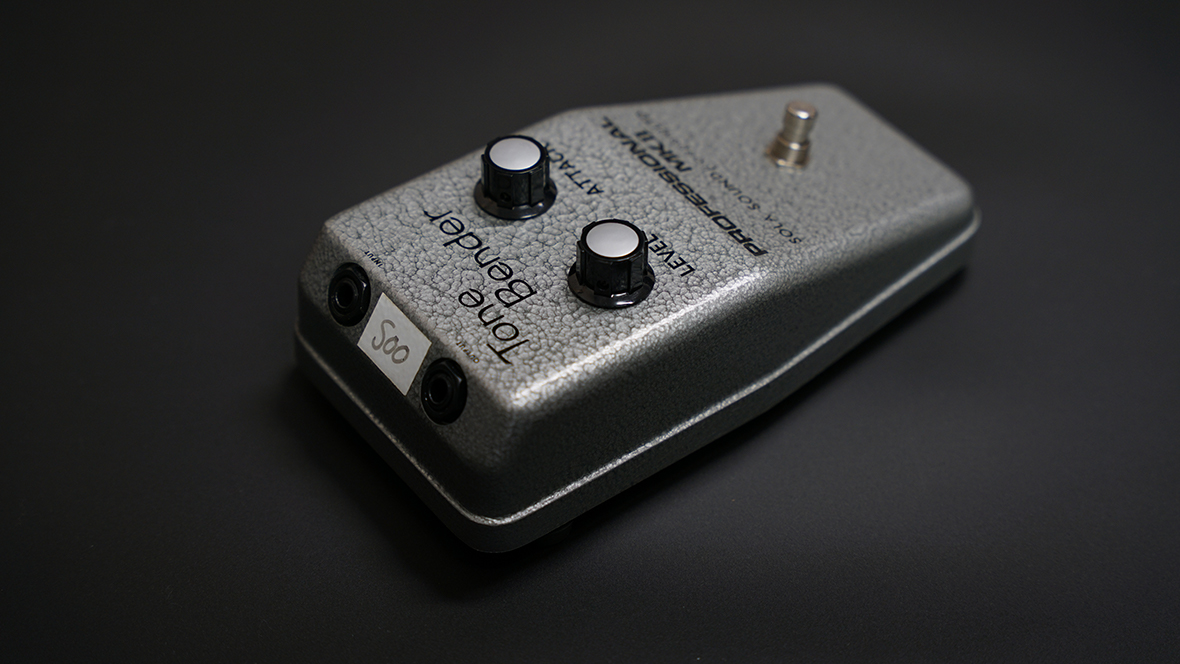 Capturing the Soul of the Tone Bender
To develop the TB-2W, Sola Sound loaned BOSS their prized serial number 500 Tone Bender MK II, which they feel represents the ideal Tone Bender experience. Over a number of months, BOSS engineers carefully evaluated the pedal’s overall circuit at every level. 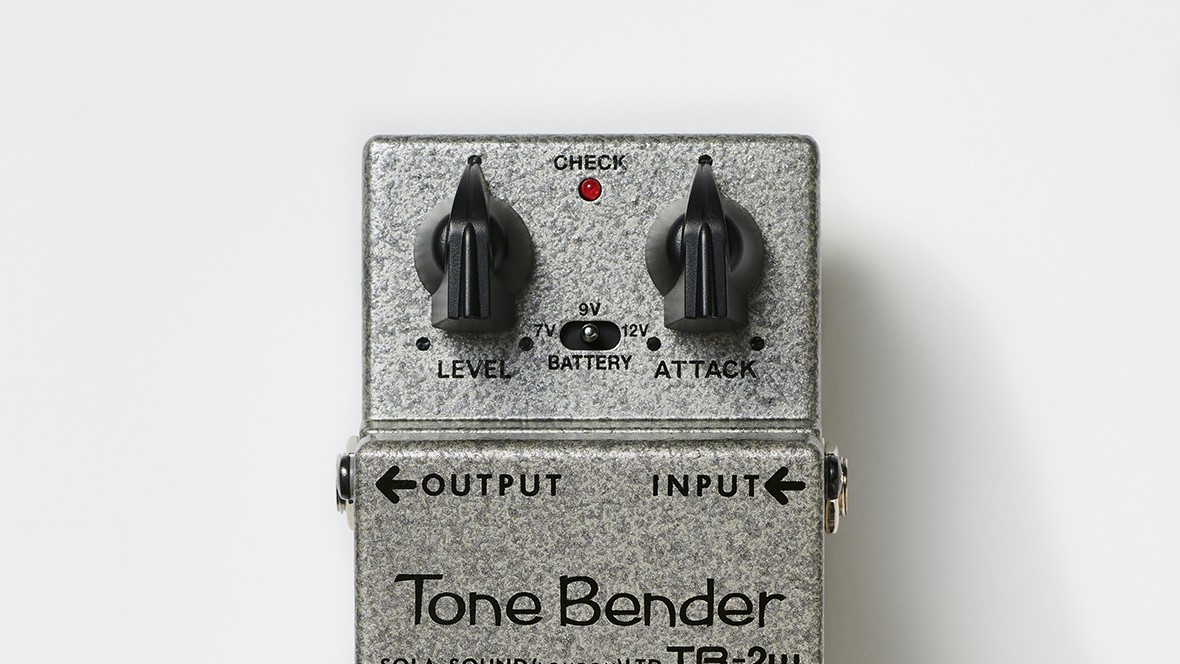 Adjustable Voltage for a Range of Tones
The original Tone Bender was designed to run on a 9-volt zinc-carbon battery (the standard of the era), and its circuit is quite sensitive to voltage changes, with shifts in gain, response, and sound character as the battery gradually wears down. In the Waza Craft tradition of extending classic analog designs with modern innovations, the TB-2W features an adjustable voltage circuit that lets you replicate these changes—and more—at the flick of a switch. Via the three-way Battery selector, you can instantly change the response of the pedal, whether powering it from a modern alkaline battery or an external power supply. The 9V setting provides the sound of a brand-new battery and the benchmark Tone Bender response. Choosing the 7V setting has the effect of a slightly depleted battery, producing a unique gain character and feel that’s favored by some Tone Bender fans. The 12V setting takes things in the other direction, offering expanded dynamic range that’s not possible with the original pedal. 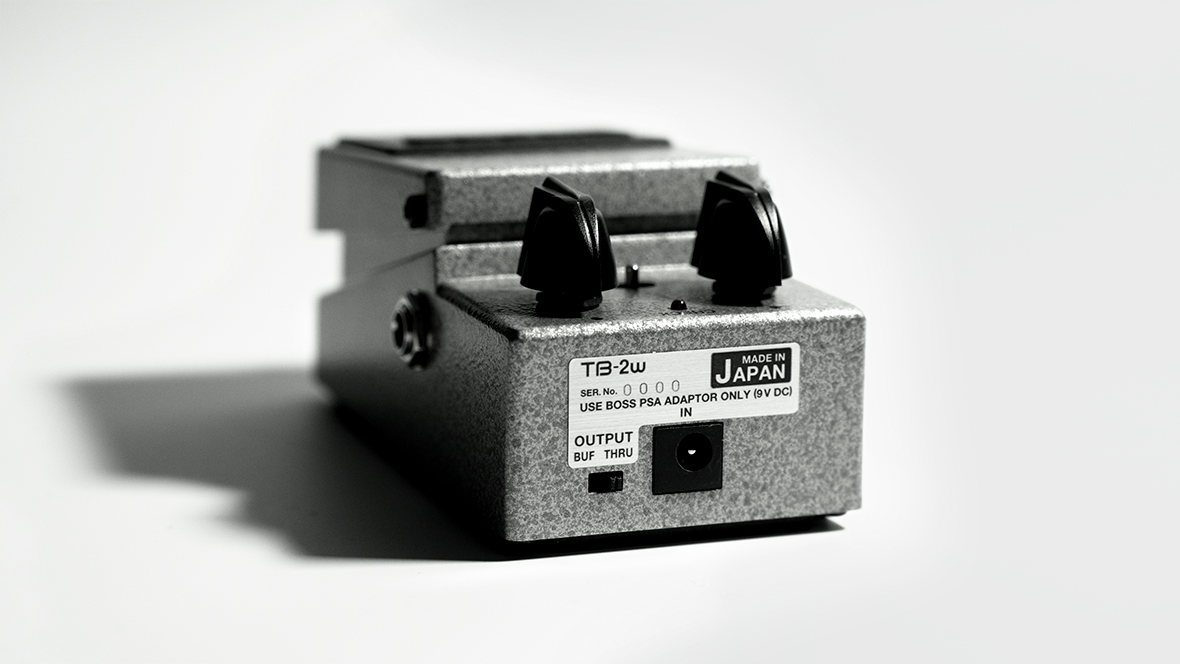 Selectable Output Modes
Another convenient addition is the TB-2W’s two output modes, which can be easily selected with a switch at the top of the pedal. In any case, you’ll usually realize the best performance when the TB-2W is the first pedal in the signal chain, with no buffered signal in-between. This allows the pedal to fully interact with your guitar’s pickups for the magical interactive response that fuzz players love.