Envelop your music in vibrant rhythmic energy with the SL-2 Slicer, an inspiring creative tool filled with colorful sonic grooves. This BOSS original chops your sound into unique percussive patterns—including many processed with internal filters and effects—and provides multiple output options that bring grooves to life across the stereo field.

Evolved from the legacy SL-20 Slicer, the SL-2 offers expanded capabilities while shrinking the size to the pedalboard-friendly BOSS compact format. Instantly elevate performances with 88 onboard patterns and tap into more via the BOSS Tone Studio app. Grab the knobs to tweak audio slices on the fly and sync to songs with tap tempo and MIDI. 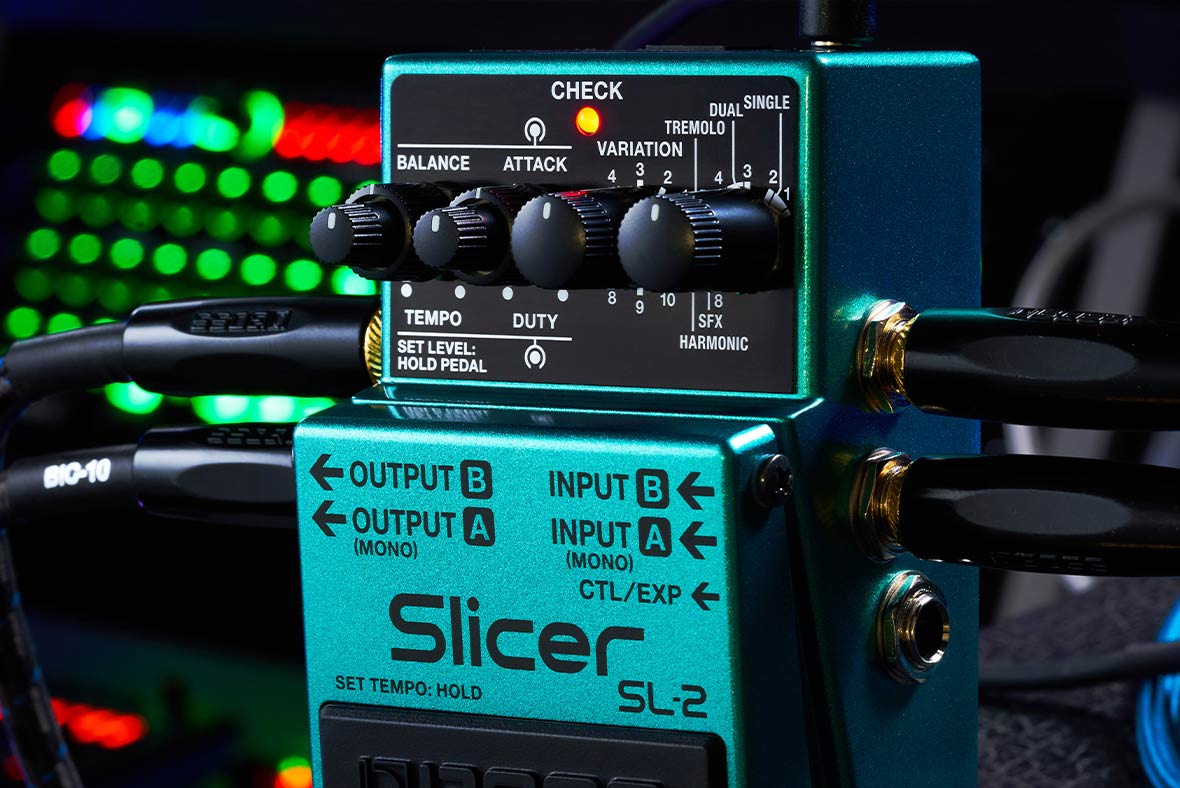 Shape Your Groove
With the SL-2’s efficient interface, you can dial in sophisticated textures in seconds. Use the Attack control to shape the edge of the waveform for everything from hard-chopped slices to soft, fluttering movements. Then tweak the waveform’s length with the Duty control, going from sharp, percussive transients to longer, fuller audio blocks. Adjust the tempo with the dedicated knob or hold the pedal switch to engage tap tempo mode for hands-free control. 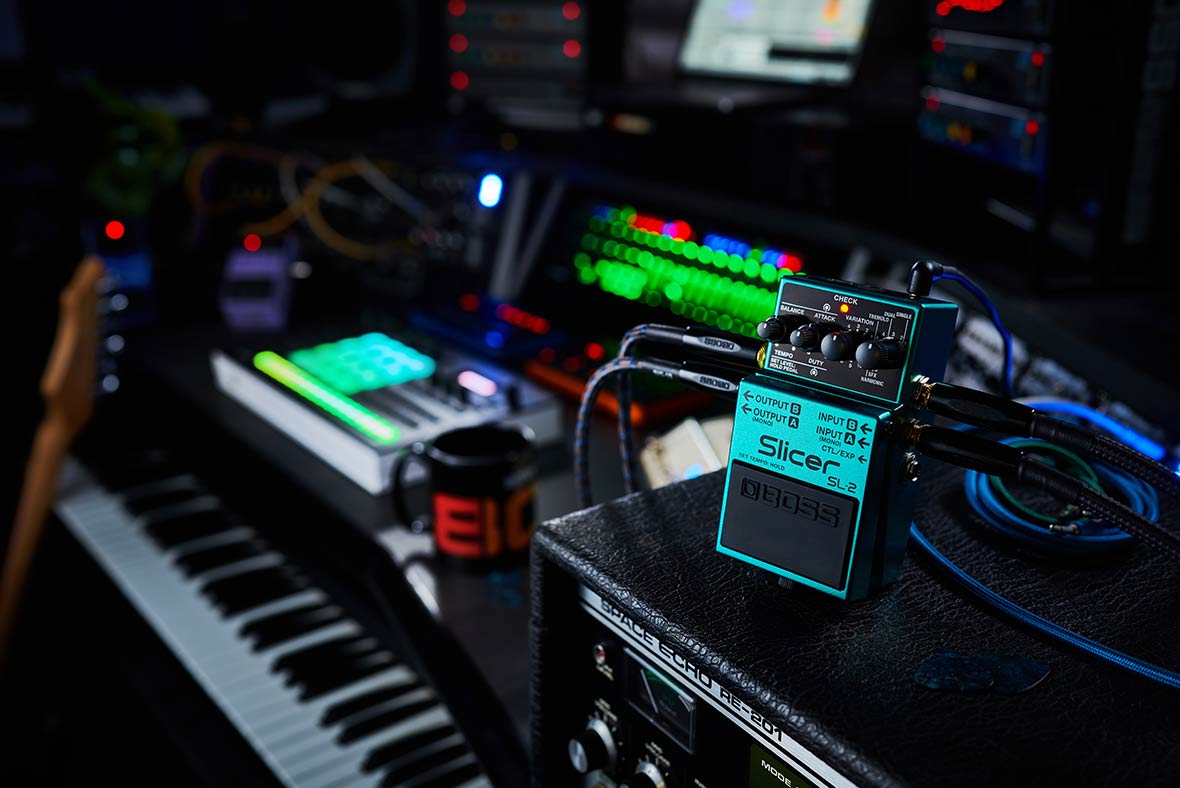 Set the Stage
The SL-2 dishes up loads of impressive sounds with a standard mono setup. But things get even better when using the two outputs and seven different output modes. Send direct and effect sounds to different destinations for recording and performance.

Expand Your Creative Flow
With its generous external control options, the SL-2 flows with your creative needs. Plug in an external footswitch to instantly tap in the tempo or engage the effect with momentary presses. Or connect an expression pedal to control knob parameters or the overall level as you perform. With the TRS MIDI input, you can sync your SL-2 grooves to a drum machine, DAW, or any other device that sends MIDI clock. It’s also possible to control expression, tempo, and bypass functions via MIDI CC messages. 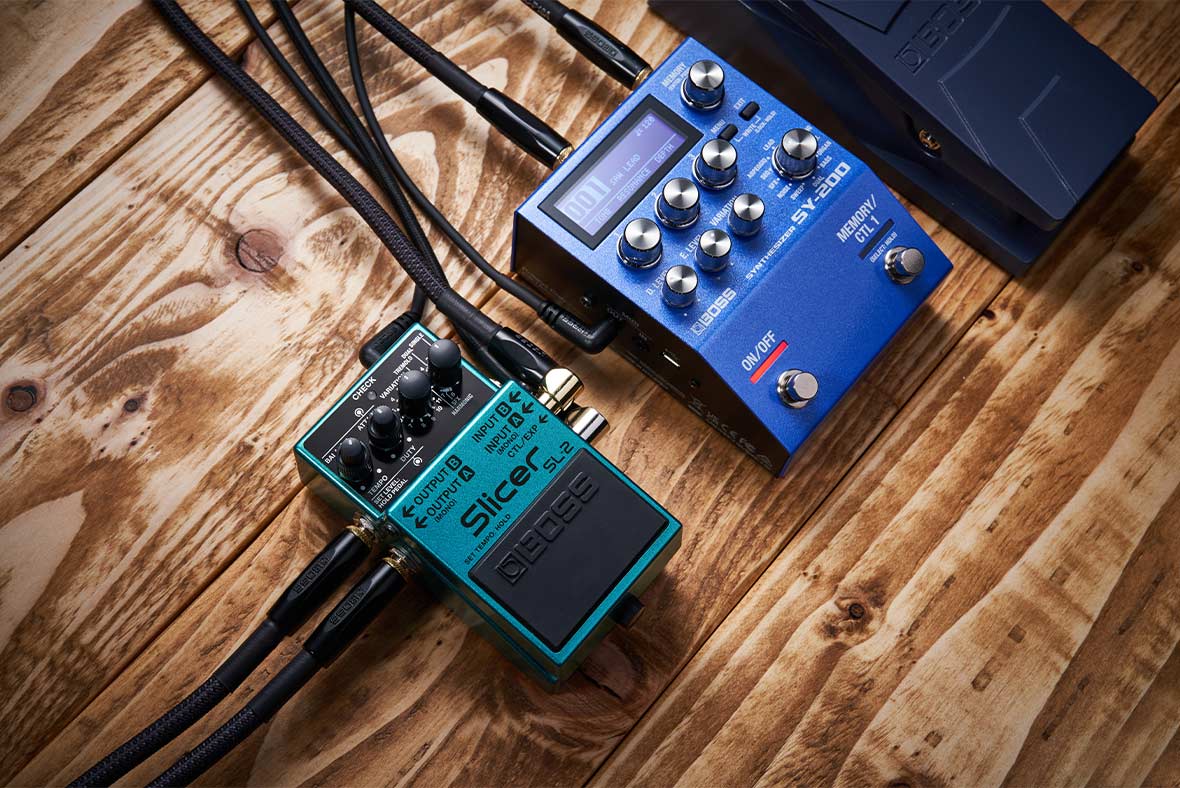